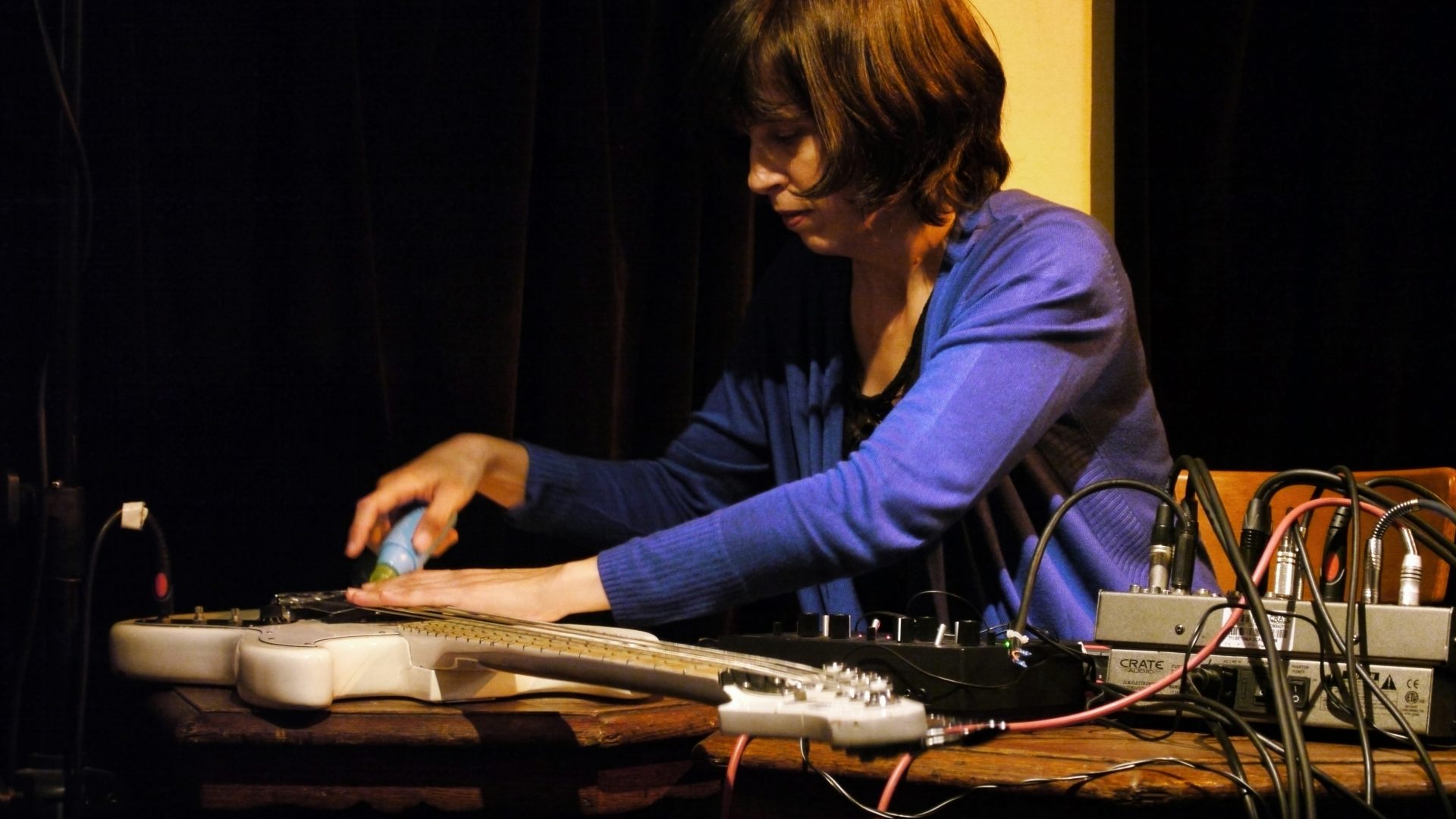 «Límite was recorded live in Madrid in early 2017 and consists of one long track performed by Spanish electroacoustic composer Edith Alonso and released through Chicago based netlabel Pan Y Rosas. Prepared electric bass and synthesizers click and grind through a dense, churning underworld, building to a stuttering climax destined to delight harsh noise enthusiasts. Then the sounds begin to break apart, clattering like a spun out motor, evoking thewidening gyre of some apocalyptic storm. By the end, we are left with the disembodied frequencies of a human voice, percussive and spare, popping in and out of being.»

«Je suis perdue», proclaims writing on a wall in one of George Zahariou’s photographs on the cover of Collapse. Nearby in the same image «madness» is scrawled above a boxed-in drawing of a receding spiral. Architectural dereliction and psychological turmoil coincide in the visual artwork, and Edith Alonso’s four-part composition for prepared electric bass mirrors that combination with sinister subterranean murmurs, spooky rumbling, ominous rustling and alien chatter. Recorded in Zaragoza in May 2014, Collapse has acoustic depth and expressive breadth far beyond the limits its basic instrumentation might suggest. Alonso starts with the bass guitar as a physical resource but her music has the intensity and imaginative scope that transcend the well-worn cliches of dark ambience and low end atmospherics. Irreconcilable tensions spread through its stratified soundscapes; menacing faultlines open up as layers slide and clash. An engrossing study in physical and psychic disintegration».