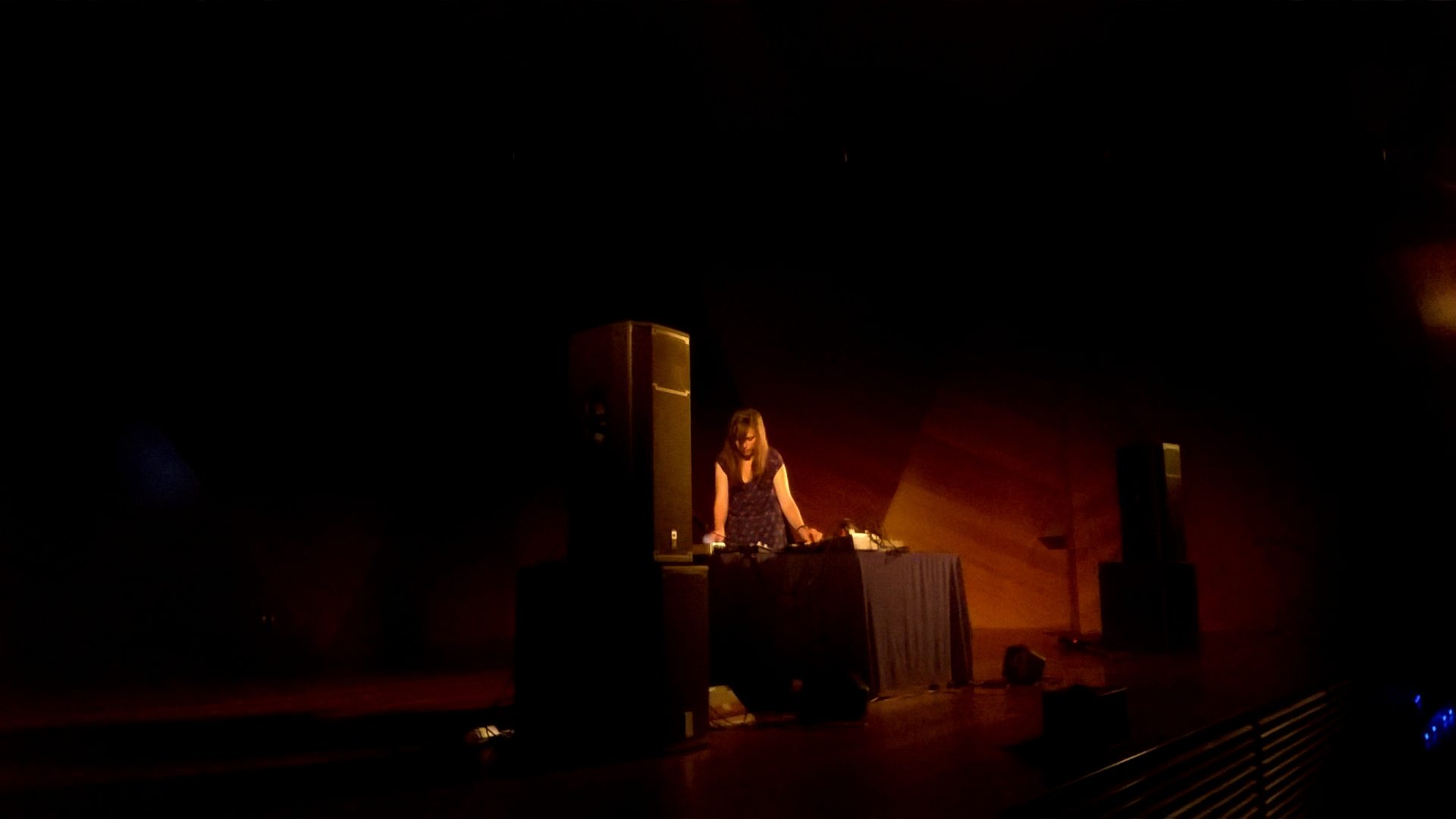 Edith Alonso was born in Madrid and began her classical studies playing piano but got interested quickly in other instruments (guitar, saxophone) and styles (jazz, rock). In the early 90’s she played the electric bass in a well-known punk-rock band of the underground scene.

She moved to Paris where she studied electroacoustic and instrumental composition (GRM,IRCAM).PhD in arts, sciences and technologies at University Saint-Denis-Vincennes (Paris) and University Complutense (Madrid). She won the SACEM price at the end of her electroacoustic composition studies, and received grants of the French Ministry of Research and the Spanish Ministry of Foreign affaires.

As a composer she received several distinctions and prizes: winner of Madrid Abierto competition, honorable mention in Pauline Oliveros Prize, nominated in the Prix Europe competition, and honorable mention in the Hablar en Arte competition. She has been commissioned by RNE (Spanish National Radio) and CDMC (Center for contemporary music, Spain) and she has also represented Spain in the TIME (International Tribune of electroacoustic music of UNESCO).  Her compositions have been performed at numerous international festivals, including the International Computer Music Conferences of Belfast and Montreal, SIMC (International Society for Contemporary Music, Paris), SMC (Sound and music computing conference, Lefkada, Porto), XXIV Contemporary Music Festival of Alicante (Spain), Synthèse (Bourges, France), and others in Portugal, Spain, Austria, Germany, Sweden, South Korea, Cuba, Costa Rica, Columbia, Argentina, and Mexico. She has also collaborated with other media, including film and dance, as well as sound installations.

Some of her scores are published at: http://www.babelscores.com/edithalonso